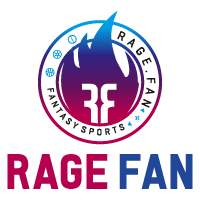 Rage.Fan is a fan-first, on-chain fantasy sports and uNFT (utility NFT) platform which has been developed using blockchain technology, where sports fans can utilize their skills, knowledge, and awareness to earn rewards, which makes fans closer and more empathetic to the sports that they love and follow on a daily basis.

Rage.Fan aims to create a permission-less, decentralized, and transparent gaming experience for all sports fans and simultaneously evade the inherent inefficiencies pertaining to traditional centralized applications.

Decentralization and transparency are the core values that Rage.fan abides by, along with the fantasy sports on the platform. Users govern the community and are assigned with voting powers via the platform’s native powerhouse and utility token ‘$RAGE’. In addition, users can participate in numerous innovative staking and mining programs, and earn greater rewards along with the profits generated in the game.

What does Rage.Fan aim to do?

Currently, the online sports industry is filled with false promises of making people rich overnight, this is not a bad idea, but it definitely is one  when there is a huge gap, in terms of transparency and user benefits. Rage.fan seeks to fill this gap.

The problems that they are tackling in the online games platform involve:

Now, this is where Rage.Fan comes to the rescue and addresses these issues:

RAGE is a native, dual utility token that adheres to the ERC-20 standards used within the Rage.Fan ecosystem and serves as a Governance Token as well as a Game Token. All RAGE holders are provided with governance rights by default, to propose and vote on issues and changes that the platform faces. As a utility token, $RAGE is utilized for staking, game mining by earning higher rewards for playing more, referral mining by referring others, augmented reality (AR) token mining, social media mining by promoting Rage fans and Virtual mining by participating in virtual games.

So far, the $RAGE tokens have undergone a seed sale, a private sale and a public sale.

Rage.Fan is aiming to revolutionize the crypto space by building the world’s first sports, the Oracle engine. Besides this, the fantasy sports platform will also be the first ever launcher of uNFTs (Utility NFTs), in the form of Action Cards and the world’s first GeoNFTs platform that will be tagged to viewership, ownership, and access to specific locations.

With prior extensive systems and business management experience, and expertise, the team behind Rage.Fan aims to unleash significant value by transforming a traditional centralized business model into a decentralized one through Rage.

To purchase $RAGE tokens, head over to Bitbns and Rage on!

Find out more about Rage.Fan:

Let us know if you liked the post. That’s the only way we can improve.
PrevPreviousWhat is Hedget?
NextWhat is DAI?Next