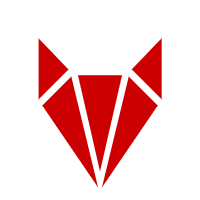 RFOX is Southeast Asia’s first blockchain venture builder, which was founded in July 2018. They mainly aim to help with the mass adoption of blockchain and other similar emerging technologies.

The co-founders, Ben Fairbank (current CEO) and Glen Pearce (current CSO) discovered the gap between the core protocol layer of blockchain technology and the ability for the end consumer to interact and this is exactly what they wish to bridge.

Initially, RFOX intended to create a super dApp (decentralized app) for Southeast Asia, however their focus changed after noticing their market’s global focus. The company utilizes blockchain technology, artificial intelligence (AI), and augmented reality/virtual reality (AR/VR) to bring about solutions for problems that business organizations face in the region.

RFOX has spent years building its ecosystem, addressing different segments of the digital economy via their ventures, with the fast-paced yet underserved Southeast Asian region in mind. Simply put, these ventures can be split into:

The RFOX VALT claims to be RFOX’s central solution. The RFOX VALT is a completely immersive shopping and entertainment experience that is compatible with virtual reality.

Combining various gaming elements, RFOX VALT consists of its own standalone metaverse experience and is fully interoperable as well as compatible with multiple chains. It bridges the best in the class of crypto via NFTs and real-world applications of eCommerce, gaming, and entertainment.

There are four key roles for participating in the metaverse:

The RFOX Token powers the entire RFOX Ecosystem. It serves as a form of payment and utility and is used for trading fees, the development of liquidity pools, NFT creation, transactions, and other activities that power digital economies that the RFOX Ecosystem operates in.The maximum supply of the token is 2,000,000,000.

As RFOX is shifting its focus to the metaverse, the RFOX token will play an integral role as a utility token in the RFOX VALT, as well as the main currency for its ventures. RFOX VALT and the remaining RFOX Ecosystem seeks to introduce a single log-in system known as RFOX ID, additional payment provider integrations, and additional wallet integrations, which imply that RFOX can be used for more payment settlements across more chains.

RFOX is available on several exchanges including Bitbns.

Where is RFOX headed?

As the metaverse continues to expand, RFOX has tirelessly worked towards building RFOX VALT, the conceptualization, design, as well as the development from 2021. RFOX aims to update its SHOPs & Exhibitions, introduce multiplayer mode and much more this year.

The vibrancy and enthusiasm with which RFOX approaches the metaverse is definitely note-worthy.

Are you ready to earn free RFOX Tokens?

Let us know if you liked the post. That’s the only way we can improve.
PrevPreviousDEAPCoin (DEP) LEARN & EARN
NextCRYPTERIUM (CRPT) RESEARCH REPORTNext